Skip to content
OFFICIAL SITE OF THE STATE OF NEW JERSEY

OFFICIAL SITE OF THE STATE OF NEW JERSEY

Q: What time do I have to get up and go to bed?

Q: Do I earn a GED or a High School diploma?

Q: What happens if I do not pass the GED test?

A: All students who earn the privilege will be given the opportunity to take the GED test while attending the Youth ChalleNGe Academy. Those who do not make a satisfactory score are encouraged to enroll in an adult education center in their home town when they return.

Q: Can I bring my vehicle to the academy?

Q: Will there be drug testing and inspections?

Q: Can I smoke while enrolled at the academy?

A: Cadets are not allowed to use tobacco products during the 22 weeks.

Q: Will I have free time?

A: Yes, however even your spare time consists of structured activities.

Q: How long is the course of study at the academy?

Q: How do I enroll my child in your academy?

Q: How much does the academy cost?

A: The academy is a `No Fee` program. It is currently funded 75 percent by the Federal Government and 25 percent by the State of New Jersey. However, cadets must have a physical before they enter the academy and purchase some clothing and toiletry items. It is possible to spend at least $200 or more in preparation for enrollment.

Q: Is this a “Boot Camp” and are cadets in the academy criminals?

A: This is not a “Boot Camp” operated by the Department of Juvenile Justice. It is a military-style academy sponsored by the New Jersey National Guard. By cooperative agreement with the National Guard Bureau, no cadet can have court dates pending, be on probation or be a convicted felon.

Q: Do cadets go home on weekends or in the evenings?

A: There are scheduled pass dates, however, most of the time the cadets remain at the academy on weekends and evenings. All parents are given the pass dates, which are located in the Parent Handbook.

Q: Can cadets be expelled or quit the academy?

A: Yes cadets can be expelled if they do not cooperate. For example, a cadet who is found to be in possession of an illegal drug would be expelled from the academy. Cadets who no longer want to participate voluntarily may request to quit the academy. Parents/Guardians and various staff are contacted to determine why a cadet wants to quit and conduct a process of interviews. If the cadet`s reason is valid or it is hopeless to change the cadet`s mind, the cadet is allowed to quit the academy.

Want to know more about us? 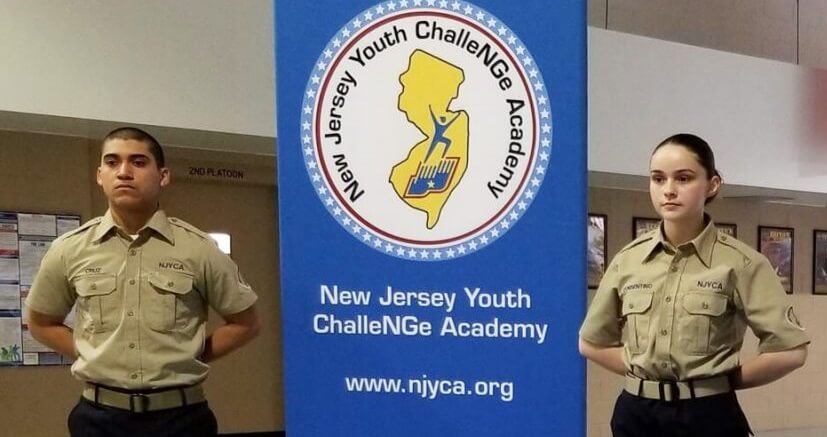